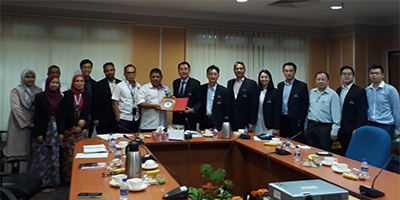 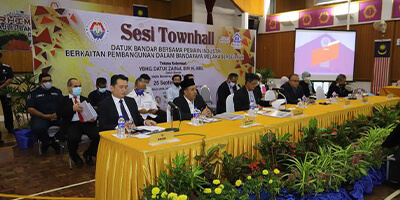 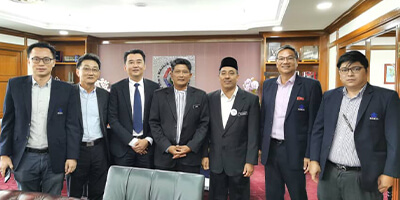 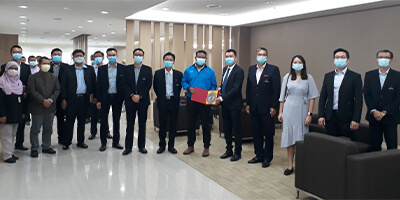 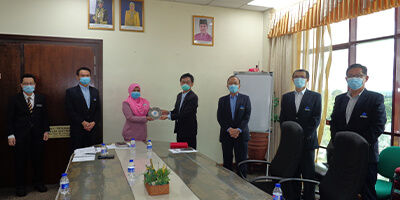 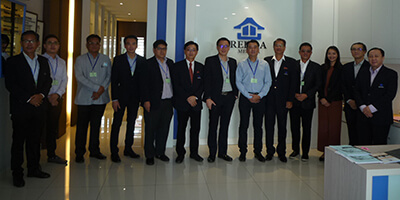 The delegation was warmly received by the State Director and some senior valuation officers of JPPH Melaka.

The focus of the visit was to strengthen the existing relationship between JPPH Melaka and REHDA Melaka.

During the meeting, Sr Zulkefili advised developers to provide detailed info on the proposal of project development to the State Land & Mines Department either during application for change in category of land use or re-alienation of land for premium or property selling price determination. If the application is submitted with correct and complete information, will ease JPPH to report a more accurate valuation to the State Land & Mines Department.

The main objective of the townhall session was to foster better understanding and to foster effective interaction between MBMB and all parties involved while updating each other on the latest developments.

Special thanks to MBMB for organizing such a fruitful townhall session and being a great host!

On 25 September 2020, REHDA Melaka conducted a courtesy visit to the Mayor of MBMB Datuk Zainal Bin Hj Abu.  The objective of the visit was to establish closer rapport and cooperation between REHDA Melaka and MBMB.  Also present for the courtesy visit include Secretary of MBMB Tn Sulaiman Bin Hj. Atan and Director of Jabatan Pembangunan Masyarakat & Antarabangsa MBMB Tn Abdul Razak Bin Ali.

After the welcome greetings by Tn Khairizam, Datuk Ng took the opportunity to introduce his new Committee Members and Hon Advisors to team of TNB Melaka. He also raised about the feedback from members as follows:
- Slow processing and approval for connection charge, TNB award and TNB works.
- Timeframe for works completion by TNB’s contractor.
- Idea to expedite the processing and approval of connection charge for street lighting.
- Clarification on new requirement of lightning and surge protection system imposed by Suruhanjaya Tenaga.

During the session, TNB also briefed the delegates on the application process for the supply of electricity and Allo’s broadband. Several initiative being taken by TNB to expedite the project completion such as 28 days approval timeframe for issuance of certificate of completion and compliance. TNB also urged developers to notify TNB on any issue related to the TNB works done by their contractors for their immediate attention.

The session adjourned with both parties committed to work together closely especially to accelerate the post-COVID19 economic recovery process of all affected industry. REHDA Melaka’s special thanks to TNB Melaka for hosting a fruitful engagement session!

The following members were appointed for the Annual Delegates' Conference (ADC) which will be held on 26 September 2020, 10 am at REHDA Malaysia, Wisma REHDA, No. 2 C, Jalan SS5D/6, Kelana Jaya, 47301 Petaling Jaya, Selangor Darul Ehsan.